Apply Now for The Lafayette Debates 2021

Lafayette Debates 2021 is international dialogue and debate forum for undergraduates hosted by the Embassy of France to the United States.

The theme of the debates is Free Speech & Violent Extremism. The topic will likely be about the regulation of online communication platforms as a response to violent extremism.

Teams of two will research the topic, prepare cases for and against the topic, and then debate against other university teams.

Finalists will debate before a panel of officials from the French Embassy to the United States and policy experts. Winners will receive recognition and awards. 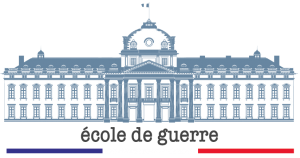 The theme of the debates is Free Speech & Violent Extremism. The topic will likely be about the regulation of online communication platforms as a response to violent extremism.

Finalists will debate before a panel of military officers from the École de Guerre and policy experts. Winners will receive recognition and awards.

Affiliated with the L&S Honors Program since 2004, we are now making new Speech and Debate history. We invite you to join us.

This is an accordion element with a series of buttons that open and close related content panels.

How do I join?

Join here. There are no fees to participate. Talk to the coach if you are interested in representing UW in competitions.

Wisconsin will continue to speak and debate! When classes moved online the previous spring semester, we did too.

This year, all Wisconsin Speech and Debate activities will be online. This is for at least three reasons:

Competitions moving online has created an exciting opportunity for members to participate in competitions that would have been inaccessible to them in previous semesters, including some of the world’s most notable Speech and Debate events.

Who may join Wisconsin Speech and Debate? Do I have to be an Honors student?

We welcome every current Badger to join Wisconsin Speech and Debate. Students (including Honors, exchange, visiting, and special students) of all class standings and from all majors, departments and programs, and schools and colleges (including the graduate school and the professional schools) may take part in our training.

Like the L&S Honors Program itself, you will find that Wisconsin Speech and Debate is a community of many of UW-Madison’s most talented and engaged students. In 2019, two of our members were elected to the Associated Students of Madison.

What experience do I need? May I participate if English is not my first language?

We welcome all levels of experience, from none to high-school national champions. No experience is necessary or expected—you came to UW–Madison to learn! Experienced speakers will also have much to learn as they adapt to intercollegiate Speech and Debate.

We welcome all levels of spoken English. As a UW–Madison student, your English language skills are sufficient to participate. We have many members from countries in which English is not an official language, including China, Denmark, United Arab Emirates, and Vietnam. Participating in Speech and Debate can improve your ability to speak English and to understand spoken English.

How much time does it take?

We recommend that new members attend one two-hour session per week and one competition per semester. Competition participation is encouraged but not required.

Members should prioritize their well-being and academic success. They should adjust their participation accordingly.

Opportunities for much greater participation exist for enthusiastic members seeking excellence in Speech and Debate or leadership experience.

What speech events do you do? What format of debate do you do?

We are UW–Madison’s home to all formats of intercollegiate Speech and Debate.

There are eleven National Forensics Association individual speech events. We support preparation for any individual event and are particularly strong in impromptu, extemporaneous, informative, and persuasive speaking.

We also compete in the format of the World Universities Debating Championship—British Parliamentary (BP). In BP, four teams of two have fifteen minutes to prepare to speak on a motion (the motion is the topic for debate, other formats call it a resolution). Two teams speak in favor of the motion and two teams speak against the motion. All four teams are in competition with each other. Speeches are seven minutes long. This format is rarely used in high school. It is accessible to both new debaters and students pursuing any major yet offers strategic depth and persuasive challenges to experienced debaters. No experience is necessary. We provide training. If giving a seven-minute speech after just fifteen minutes of prep is intimidating, don’t worry, we’ll work with you to it.

We also do Civic Debate. Civic Debate has many formats but is unified by its desire to engage with stakeholders of contemporary issues, encourage scholarship, and promote service.

Even though we focus on BP and Civic Debate, we are interested in debate of all formats and wish to be the home of all Badger debaters.

What is “Go Big Read Then Speak”?

Wisconsin Speech and Debate hosts “Go Big Read Then Speak”, a showcase of speeches by undergraduate Badgers about UW–Madison’s common book of the year.

“Go Big Read Then Speak” aims to promote the Office of the Chancellor’s Go Big Read goals, to “generate vigorous discussions and exchanges of diverse ideas,” “bridge learning experiences inside and outside the classroom,” and “promote connections among students, faculty, staff, alumni, and the wider community.”

All undergraduate Badgers are invited to submit speeches for the next “Go Big Read Then Speak.” Faculty are encouraged to assign “Go Big Read Then Speak” to their students. Membership in Wisconsin Speech and Debate is not required. Speakers featured in the showcase are recognized with a certificate, prize, and invitation to a discussion with the author.

I did Speech and Debate in high school. Should I want to do it at UW?

Studying history, math, or English in college is different from studying those subjects in high school. In college, those subjects are studied more broadly, more deeply, and more critically and with new teachers, new classmates, and new competitors. You will also be different and that will influence how you interact with those subjects. There will be new challenges and responsibilities but also opportunities that didn’t exist in high school. So it is with Speech and Debate.

As a member of Wisconsin Speech and Debate, you can meet aspiring tech entrepreneurs majoring in CS and future playwrights, make friends to visit in Neenah or New York or Nairobi, compete against students from other top universities, enjoy professional coaching on-campus and through intercollegiate competitions, persuade federal judges or European Union policymakers, and travel the nation and world (virtually and someday physically).

I'm choosing where to go to college. May I visit Wisconsin Speech and Debate? Do you have scholarships?

High School students may email the coach, AJ Carver (acarver@wisc.edu), to ask to attend a practice or event. Prospective students are encouraged to tour the university.

If you are a graduate of UW–Madison and participated in forensics, speech or debate, connect with us by email (honors@honors.ls.wisc.edu or acarver@wisc.edu) or by completing this form!

How can I support Wisconsin Speech and Debate?